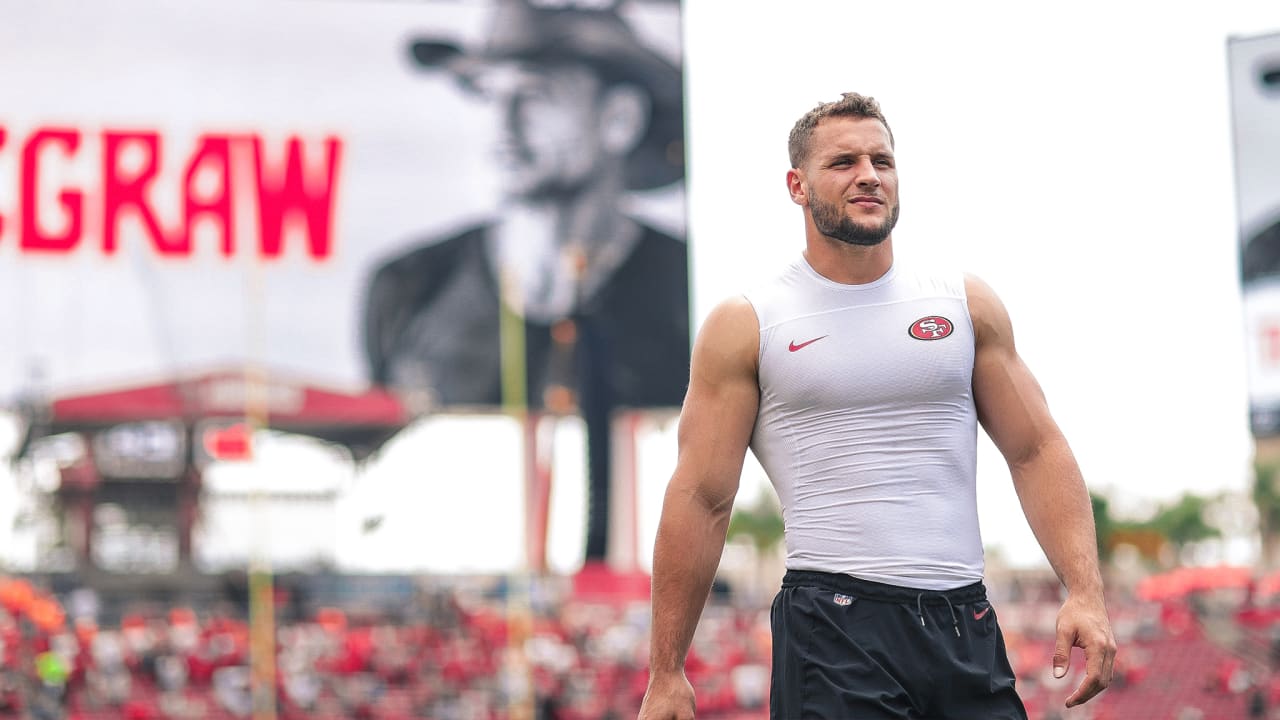 The San Francisco 49ers open the 2019 season on a road trip to Tampa Bay and will be without several key players in Sunday’s contest. Kyle Shanahan announced on Friday that receivers Trent Taylor and Jalen Hurd will not suit up in Week 1. Jimmie Ward, who is dealing with a broken finger, was also expected to be inactive heading into Sunday. Second-year defensive back Tarvarius Moore  will get the start in Ward’s absence.

The biggest news is that the Faithful will finally get to see San Francisco’s first-round pick make his 49ers debut against the Buccaneers. Nick Bosa and Dee Ford, who both missed the entire preseason with an ankle and knee injury respectively, are expected to play on Sunday.

Here’s who won’t be playing in the season opener: