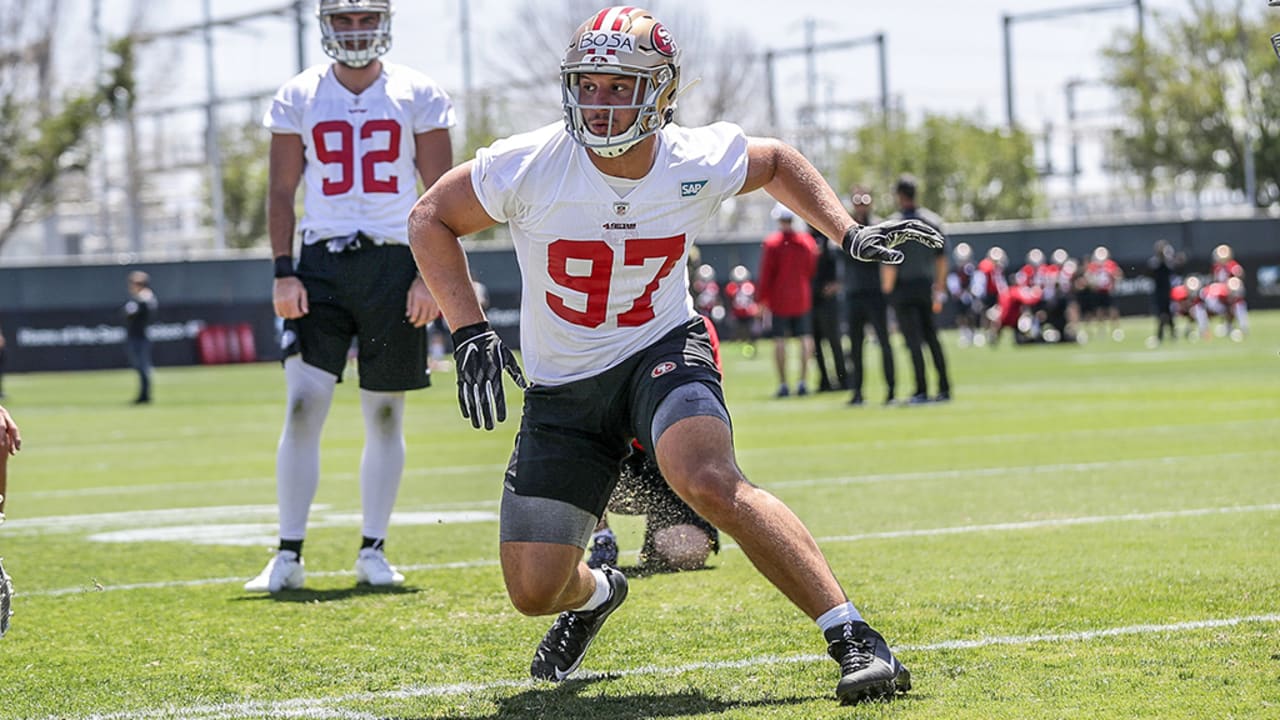 Kyle Shanahan addressed the media ahead of the San Francisco 49ers season opener against the Tampa Bay Buccaneers. Here’s a look at the injury updates ahead of Week 1.

Not much of a surprise as receivers Jalen Hurd (back) and Trent Taylor (foot) have been ruled out heading into Tampa Bay. Dante Pettis, who was dealing with a groin injury, returned to practice this week and is expected to play against the Buccaneers. Jimmie Ward adds to the list of 49ers who will not dress in the opener. Ward suffered a broken finger during Wednesday’s practice and it has not yet been determined how long the defensive back will be out.

“Jimmie would do anything to play this week,” Shanahan said. “He had to get surgery on his broken finger to fix it. When you do it sometimes it’s just risky to do that with sweating, infection and everything whenever you have an open wound. Hopefully that will heal enough over the next week and the cast will protect the bone.”

Nick Bosa made his return to practice this week after missing the entire preseason with an ankle injury. His status is questionable heading in to Sunday. K’Waun Williams (knee), Weston Richburg (knee) and Jason Verrett (ankle) are also listed as questionable.

As for the Buccaneers, safety Justin Evans (achilles) and quarterback Blaine Gabbert (left shoulder) have been ruled out. This biggest news out of Tampa Bay is standout wide receiver Mike Evans is questionable with an illness. Evans’ health will be something to monitor ahead of Sunday.