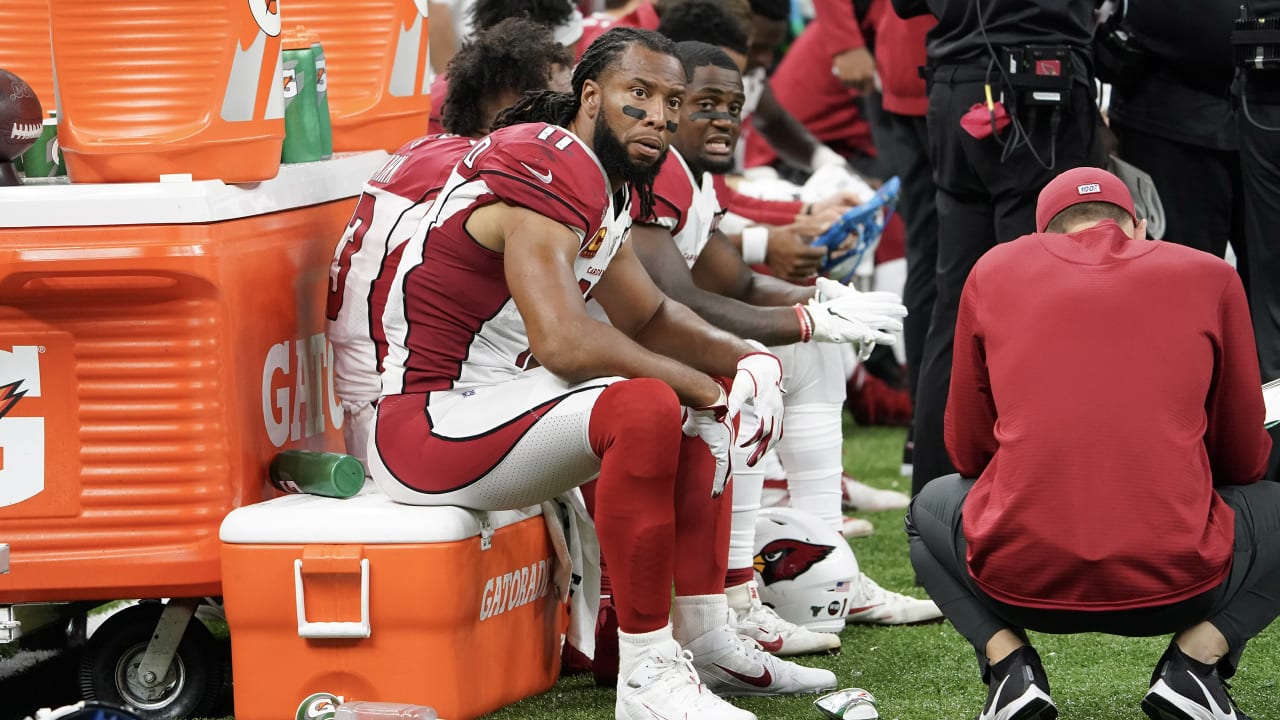 The 49ers have the best pass rush in the league, and throwing the ball against them can come with consequences. They are also the top-ranked pass defense in the NFL.

Then again, the Cardinals aren’t sure what they can get out of the running game, given their injuries in the backfield and the reality that their backs are Kenyan Drake, Zach Zenner and Alfred Morris – none of whom were on the roster eight days ago.

Christian Kirk came back from his ankle injury with a flourish, but the rest of the receiving corps is trying to regain its footing. KeeSean Johnson has fallen behind Trent Sherfield on the depth chart, Damiere Byrd has been quiet and Andy Isabella can’t find his way into the rotation.

Murray smiled when asked about throwing the ball to the vet – “He makes you feel like you should go to him” – but, in the case of the flea-flicker, the best laid plans can change.

Kirk has been around Fitzgerald long enough to know there won’t be whining, although Kirk said Fitzgerald has earned the right to have the mentality that he should get the ball more often.

“He does a great job being poised in the room and never acting out of character,” Kirk said. “He could easily come to the sideline, rip his helmet off, rip his chinstrap off. But he knows we’re working through whatever and when the opportunity comes, he’ll make it.”

Monday was the one-year anniversary of Fitzgerald’s late-game spike against the 49ers, a rare showing of post-score emotion from the veteran. Fitzgerald wasn’t thinking much about that this week, saying Monday all he did was try and rest his body for a short-week game.

Maybe Fitzgerald will have a chance to spike it again against the 49ers.

Tags: Fitzgerald he his

Expectations Rising For Cardinals After…